Diamond Engagement Rings: Some say that those born in April are the luckiest as the diamond is the April birthstone

Diamond engagement rings are the perfect way to show your special lady how much she means to you and as a way of demonstrating commitment to her. Diamonds are also the birthstone of those born in April, so if your girlfriend is an Aries why not make it a proposal with an extra special touch by choosing a diamond engagement ring. Some people choose sapphires, rubies or emeralds but nothing says ‘marry me’ like a diamond. Some say that those born in April are the luckiest for having the diamond as their birthstone, the month was named by the Romans as April meant to open, this gave reference to the beginning of spring when the buds and flowers begin to blossom.

The history of the diamond dates back many centuries with numerous stories and myths along the way. For example, many believed that Cupid’s Arrow was tipped in diamonds; this is where the precious stones symbolic association with love, beauty and trust stems from. Others believed that wearing a diamond would protect them from infectious diseases such as the plague. Diamonds are also given when a couple celebrates their 60th wedding anniversary as a symbol of how strong their relationship has been to last such a length of time. The giving of a diamond engagement ring first began in 1477 when Mary of Burgandy received one from the Archduke Maximilian of Austria, since then the tradition has become common practice and diamond engagement rings are very popular today. 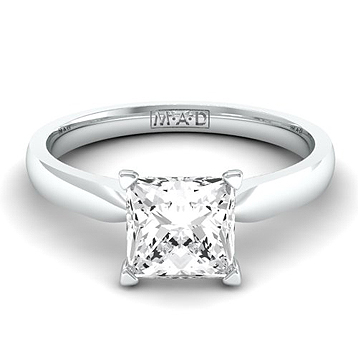